Extract from Art and Taxation for the Global Collector, an annual guide which details the impact of taxation systems across a vast number of countries world-wide.

Art and Taxation for the Global Collector can be purchased online at arttaxguide.com.
The book is delivered in five days following purchase.

Switzerland is often designated as a tax paradise: the rates there are interesting, but they do not make part of a real refuge that could be some Caribbean islands for example. The bank secret and its numerous free harbours are two important assets that attract the business and make this country an important place in the art market.

The free harbours (Geneva, Basel, Zurich…) that were highly attractive at the era of customs barriers now conserve their popularity. When it comes to art works, the import on Swiss territory is free of customs tax. So, the zones of free exchange are a big advantage concerning the VAT. The merchandise could be stocked with no additional taxes over the buying price. What should be paid, though, is the stocking in warehouses situated on those free harbours. For the rest, the Helvetian tax system functions in the same manner like in the majority of the countries: at the entry in possession, at the holding and at the sale of the goods.

For the import of art works in Switzerland the VAT should fulfil the rate of 8% of the sale price to which is added the accessory taxes such as the transport and the insurance. No VAT is applied for an art work imported directly by the artist who created the painting or the sculpture. The import of temporary admission is also free of all taxes under certain conditions.
For a purchase on Swiss territory there would be no problem concerning the custom taxes and only the VAT will be applied. A Helvetian collector will thus settle in case of a purchase from a tax-liable Swiss trader of a VAT of 8% calculated in the majority of the cases on the margin made by the seller. The same exemptions are applied when the work (painting or sculpture) is directly sold by the artist that made it.
Once in the collector’s holdings, if the collector surpasses certain caps, the work of art enters in the tax calculation on his fortune. The thresholds of impositions and different rates are in function of the cantons: every one of the 26 Swiss cantons disposes of its own tax legislation. Generally the rates of capital tax are made in a progressive manner and it is rare that the tax burden exceeds nine for thousand of its net fortune.

At the exit of the holding the sale is posed in a different manner if it is made in return of remuneration or for free, which is the case for a donation or a succession.

In the case when the collector decides to sale his art work he would be taxed only on the surplus value that he makes if the work is not part of his private fortune (opposed to the professional and commercial fortune). During the sale : Switzerland does not know an equivalent to the “resale royalties”. No other charge is put on the resale of an art work by an individual.

In the case where the work of art is given by donation or by succession, the tax rate is the same but varies from the one canton to the other (between 0 and 50%). The calculation of the value of an art work is made in function of the canton law that takes into account generally the insurance value or the market value and rarely the purchase price. The part of home furniture is sometimes free and the payment in kind is rarely accepted.
If the transfer is made for free and is destined for an eligible cultural institution to sponsorship disposal, the sponsor could deduct from their taxes the value of his donation in the limit of 20% of his net taxed revenue at federal level.

Art and Taxation for the Global Collector 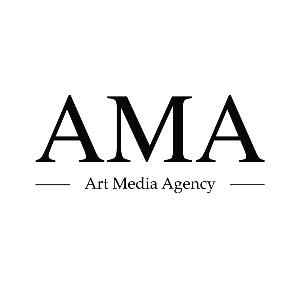 The 57th Edition of the Venice Biennale

Next post
The 57th Edition of the Venice Biennale